Fr. Paul grew up in New York in a faithful family where he first came to know the Lord. After Catholic elementary school and public high school, he studied business at the State University of New York at Albany. While working for two CPA firms in New York and Phoenix, he encountered further conversion to Jesus and this to discernment of a priestly vocation. He entered formation at Saint Meinrad Seminary in 2002 to further consider the Lord’s will for him which became more and more clear. After these years of formation and earning degrees in philosophy and theology, he was ordained in 2007 by Bishop Thomas Olmsted. He simply loves being a parish priest. He is a member of a Jesus Caritas priestly fraternity, loves hiking, basketball and is a lifelong fan of certain sports teams (that shall remain nameless.) 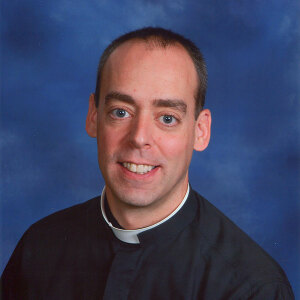